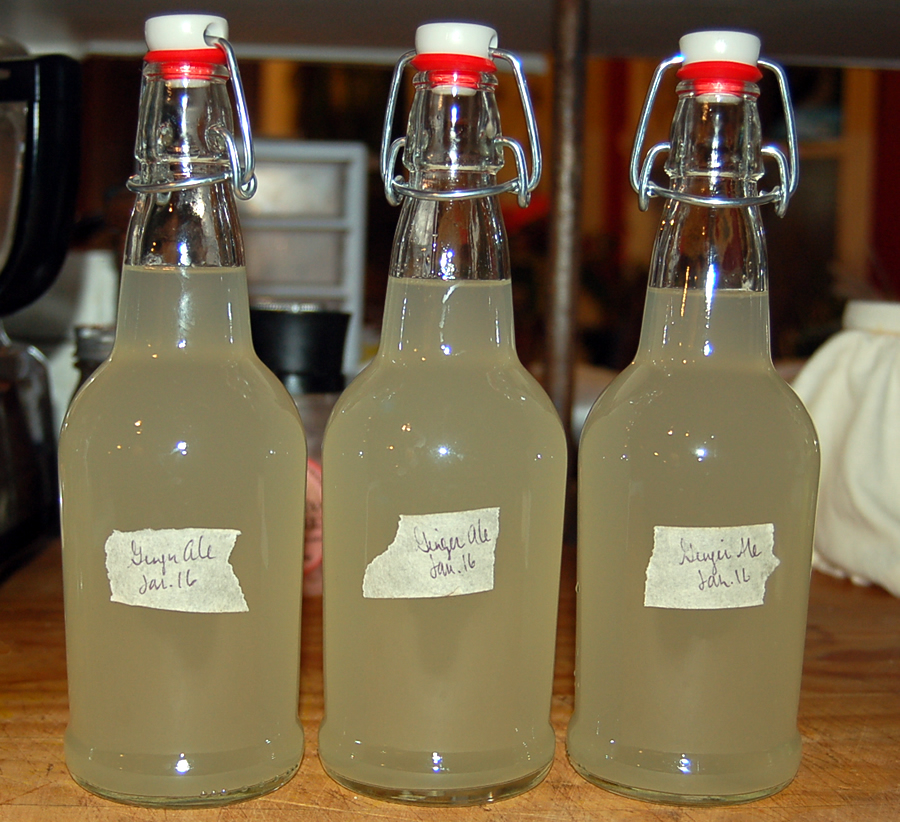 We’ve poured our first batch of ginger ale, and it’s pretty exciting.  We made the wort out of ginger & sugar, then added lemon, vanilla and ginger bug when everything cooled. Because we keep our apartment cold by American standards (60F), we kept the ale on top of the stove so it could capture a little extra ambient heat.  By the second day, there was a ring of bubbles along the top of the ale, so we decided to bottle it up and start the second ferment. 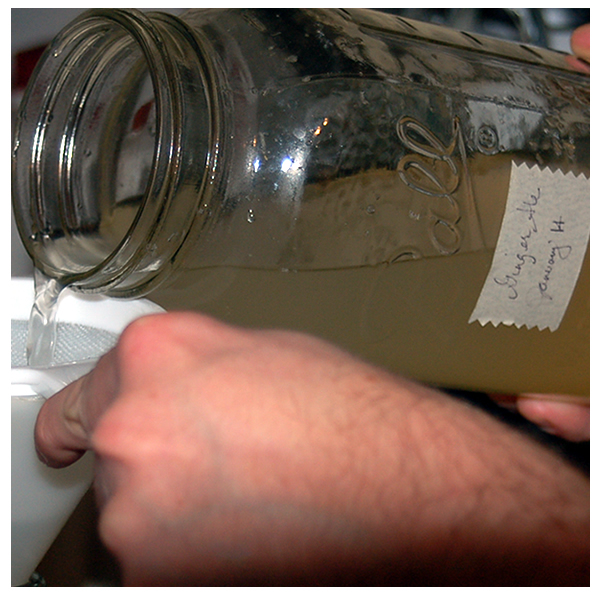 The first ferment was in a half gallon jar, which should have made four pints, so we washed and set out the bottles as such, and started to pour. 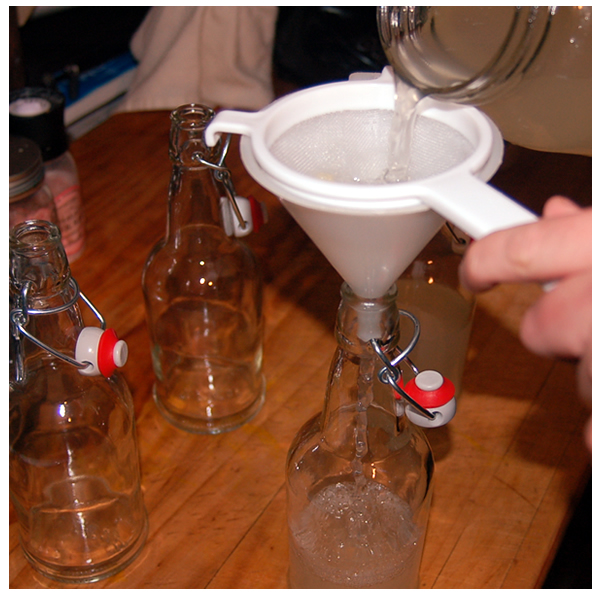 After we had poured one, we realized that we might run short, so we filled three bottles half way, then we continued to fill them little by little until they were full with about an inch of headroom.  We had about a cup left over, so I put that in a plastic container to gauge the carbonation pressure.  Of course, I opened it to give a neighbor a taste, so I’m not sure if the gauge will work….

Before bottling it, we each took a taste. It was really lovely with the slightest bit of fizz. It reminded me a little bit of an orange cream soda, except not so much orange, but ginger. Ginger cream.  It was interesting and complex, and seemed to have layers of flavor with a fair amount of sweetness. The Wild Fermentation folk told me that through the second fermentation, much of the sugar will be eaten up by the bacteria, leaving a less sweet and more bubbly result!  At least that’s the theory.  However it rolls, I’ll post the results in a few days when we can bust open the first bottle.