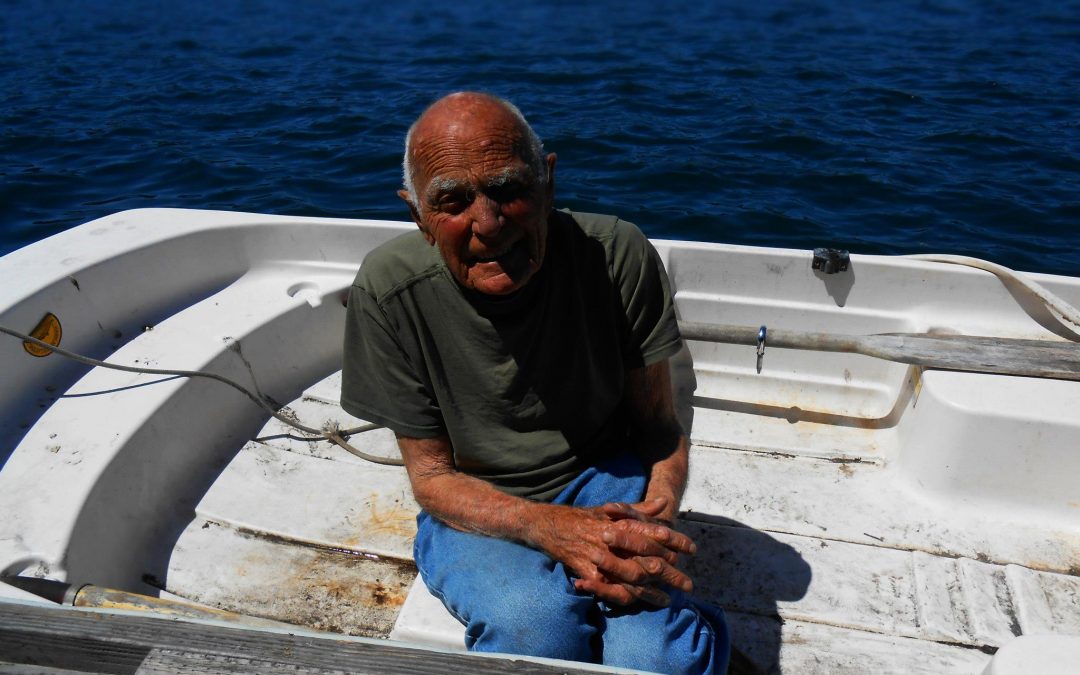 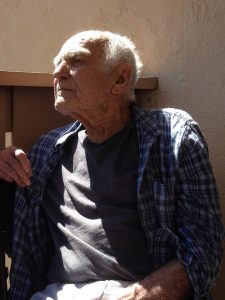 Bill Lewis at 91, shortly after I visited him last.

I woke up this morning in my own bed, half slanted to the right and thinking about how we need to fix that bed leg that we broke before we left for California.

I lifted myself out of bed to find myself in front of the bathroom mirror; my hair reflects relative humidity and pillow-drying, so I bring the brush to it, part down the middle and begin to braid it back.

“I was his favorite,” I heard in another’s voice, as I continued to wrap hair through finger over hair.

It got me to thinking: what a remarkable person it is that makes you not only feel like you were his favorite, but you actually wanted to be his favorite. Sure, I felt like I was Grandfather’s favorite, too. Most of us did: that’s what made time with Bill Lewis so special. When we were together, he accepted me and loved me for exactly who I was at that moment, and for all moments otherwise. And he did that for everybody.

I washed my face, and took to the cup waiting for me on the counter.

I didn’t have the luxury of having grandparents. I grew up with a partially-single mom in a latch-key environment. There were characters, sure, but nobody I ever really connected with on a paternal level. My maternal grandfather died when I was very young, and visits with Nana were sparse and distant. I didn’t have a father; at least, not in the way other people have fathers. The idea of “parent” is a very abstract one for me, and Bill was the closest thing I ever had to a grandfather. He gave me advice, he shared his experiences, he reminded me to persist, to endure, to continue, because what else is there, after all?

He was funny, and full of great stories. I don’t recall all the details of this story exactly as he told it, but it went something like this:

Bill and a friend were camping in one of those giant redwood trees. His friend was described some kind of bozo, but nice enough to hang around with. They were drinking a bit, but grandfather not too much, just some. His friend drank too much, and passed out inside the tree with a cigarette in his mouth and set the tree on fire while they were both in it. Maybe grandfather had taken to sleep a bit earlier. I’m not sure, but Grandfather told the story in a very animated fashion, and I remember him sort of flapping his arms around and swearing at his time-traveling friend, and all of us laughing at his ridiculous delivery of human error. If I recall correctly (and I can’t say that I do), Bill said that he woke up to the smell of fire, and dragged his friend out, then bleary-eyed and haphazardly, they put out the fire before the tree truly caught.

Or when I visited him last, while he was still in reasonably good health, he was smoking cigars, fully inhaling them like cigarettes, alternating them with his oxygen tank and drinking brandy on the back porch of his little apartment. I remember thinking how he sort of reminded me of that grandpa in South Park who was just looking to die, always asking to be finished off. I gave him concern, “Come on, G-pop, you shouldn’t smoke like that.” He silently flicked his ashes into a rosebush that his son bought for him, looked me straight in the eye and declared, “I’m old. I can take the cocaine if I want.”  We laughed. I knitted. He continued to smoke.

A few weeks ago, at his funeral gathered a circle of strangers, not entirely unto each other, but to the world as it is: All of us connected to a man who never chose favorites, but made you feel like he had.

I lifted the cup to my lips, revered its aroma, and sipped.