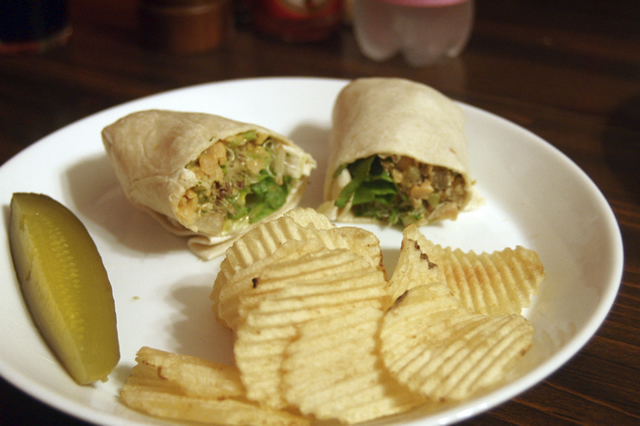 So last night we made our breakfast beans, and we pretty much just snacked on them all day until we both were so full of beans that we had to actually remove them from our sight (put them away) so we wouldn’t continue.  It was a very chill day; we were entirely domestic: cleaning the apartment and watering the plants.

While I’m thinking about it, I have a couple water-saving tips for you, should you want them.  When I rinse my sprouts, I empty the water into a container that I later use to water certain plants that need fertilization, or some extra nutrition. I also do this with my last swallow of coffee (that gritty bit on the bottom of the cup): When I rinse the cup, I pour the watered-down coffee into whichever plant is nearest.  They love it.

Also, when I’m waiting for water to heat up from the tap, I let it heat into a container instead of letting it go straight down the drain. We use that water for laundry, usually, as also the cooled water from our nightly hot water bottles (which warm our bed and feet).

That’s not really vegan-food related, but I suppose in a way it could be, especially if we’re talking about saving resources which is a pretty good reason for going vegan in the first place. 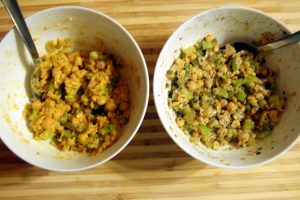 Because we didn’t exert ourselves terribly today, we had a reasonably light dinner: Chickpea salad wrap with ripple chips, a pickle, and raspberry / pink  lemonade seltzer.

We shared teach wrap, both getting one half of each “flavor.”  I’m partial to the “egg” salad because we’ve been making this one since probably the first month of veganing. The “seafood” flavor was fine, but I wouldn’t call it “scrumptious.”  Enjoyable, but not amazing… yet.

The “egg” version wrap is a standard lunch item because it doesn’t fall apart like a sandwich, and it doesn’t need to be refrigerated.   I’ll link to a mayonnaise recipe that is pre-vegan, but still encompasses the ideas of frugality and resourcefulness (using leftover oils instead of new ones). I’m also re-thinking my position on added oils for the moment, and I’ve been doing a lot of reading / listening to lectures that claim extracted oils of any sort aren’t good for the body (they cause inflammation).  The degree of inflammation apparently varies from oil to oil, but I’ve noticed that, quite naturally, we have been using a lot less mayonnaise in general since going “vegan.” The last batch of mayonnaise I made (about one cup yield) has lasted us almost two months.

For any of you interested in making vegan mayonnaise, you simply follow your favorite egg mayonnaise recipe, but replace the egg with a mixture made from 1T ground flax seed and 3T water for each egg you would normally use; otherwise, the rest of the recipe is essentially the same.